*
*
Generally speaking, the much smaller number of Americans who have died is not included in this study, not because they are not important, but because this report focuses on the impact of U.S. actions on its adversaries. 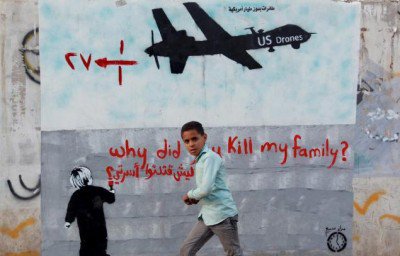 After the catastrophic attacks of September 11 2001 monumental sorrow and a feeling of desperate and understandable anger began to permeate the American psyche. A few people at that time attempted to promote a balanced perspective by pointing out that the United States had also been responsible for causing those same feelings in people in other nations, but they produced hardly a ripple. Although Americans understand in the abstract the wisdom of people around the world empathizing with the suffering of one another, such a reminder of wrongs committed by our nation got little hearing and was soon overshadowed by an accelerated “war on terrorism.”

But we must continue our efforts to develop understanding and compassion in the world. Hopefully, this article will assist in doing that by addressing the question…