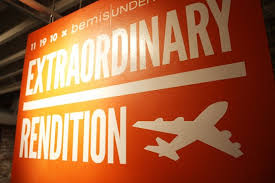 An appeals court in Portugal has ruled that a former officer of the Central Intelligence Agency is to be extradited to Italy, where she faces charges of helping kidnap a man as part of a secret operation [aka extraordinary rendition] sponsored by the United States government. Sabrina De Sousa, 59, was an accredited diplomat stationed at the US consulate in Milan, Italy, in 2003, when a CIA team kidnapped Hassan Mustafa Osama Nasr from a Milan street in broad daylight. Nasr, who goes by the nickname Abu Omar, is a former member of Egyptian militant group al-Gama’a al-Islamiyya, and was believed by the CIA to have links to al-Qaeda. Soon after his abduction, Nasr was renditioned to Egypt, where he says he was brutally tortured, raped, and held illegally for years before being released without charge.