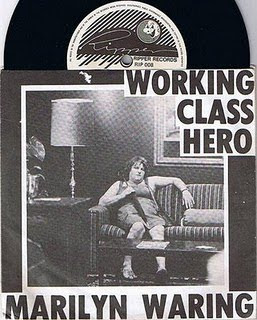 Whose Counting is a 1995 Canadian documentary about the early life of New Zealand feminist Marilyn Waring. With her 1988 book If Women Counted, Waring was the first to challenge whether GDP (gross domestic product) is an effective way to measure the performance of a national economy.

The film begins with Waring’s election to the New Zealand parliament in 1977. The youngest member of Parliament (at 23), she was elected to a safe National (conservative) seat in rural Waikato. After serving three 3-year terms, she brought the government down by “crossing the floor” (ie signaling her intention to vote with the Labour opposition on the anti-nuclear issue).

Then prime minister Robert Muldoon called a snap election. He was voted out of office, with 72% of New Zealanders supporting Labour’s platform of permanently outlawing nuclear weapons and nuclear power in New Zealand.

Because the US government refuses to disclose whether their ships are nuclear powered or carry nuclear weapons, as of 1984 all US naval vessels are banned from New Zealand sovereign waters.

Negating Half the Planet

During her term in Parliament, Waring served on the Public Expenditure Committee and was troubled by was she learned was the UN System of National Accounts. As a condition of belonging to the UN, IMF and World Bank, all countries must use this system, developed by economists Maynard Keynes and Nicholas Stern after World War II.

Because this accounting system only attributes value to cash generating activities, it negates the productive activity of over half the planet – and of the planet itself.*

The film has a really humorous scene in rural Africa where women grow and cook all the food, collect all the firewood and water, and do all the housework and child and elder care – while the men lie around all day “supervising” them.

However it stresses that women also work far harder than men in the developed world. Two-thirds of all primary health care is delivered by women in the home. Yet because they receive no cash payments, all this work is virtually invisible.

Waring is also extremely critical of a global accounting system that counts the immense environmental damage caused by the Exxon Valdez spill as positive GDP Growth. Given that the five permanent UN Security Council members (US, UK, France, Russia and China) are also the world’s biggest arms exporters, she finds it no surprise that the carnage of war counts as GDP growth.

The film can’t be embedded for copyright reasons. However it can be viewed free at https://www.nfb.ca/film/whos_counting