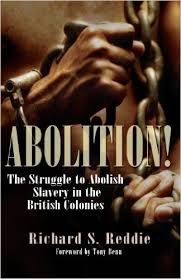 12 thoughts on “Britain’s Struggle to Abolish the Slave Trade”