*
*
The main reason marijuana was prohibited in the 20th century (by corporate interests seeking to promote oil demand and petroleum based plastics) was to suppress hemp fuel and fiber production. Both are inexpensive to make and naturally decentralized. Marijuana prohibition enabled small groups of people to profit from the capital intensive petrochemical alternatives that dominate our political process and economy today.

See The Politics of Hemp

– We might think that our ethanol and biodiesel “flex-fuel” systems are all very cutting edge, but biofuel development is of course nothing new. Way back in the 1930’s, Henry Ford was hard at work in the alt-fuels sector, and in 1941 he constructed a hemp-fueled and hemp-bodied prototype car. The “plastic” body panels were composed of 70% cellulose fibers, including industrial hemp, mixed with a resin binder, and apparently they were pretty sturdy. 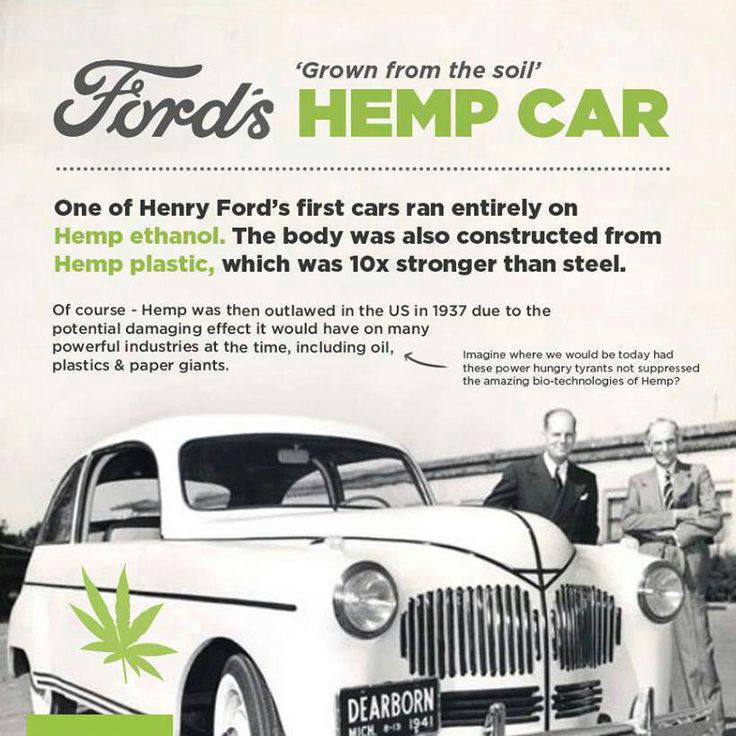 The reason marijuana was prohibited in the 20th century was to suppress hemp fuel and fiber production, which is inexpensive to make and naturally decentralized, so that small groups of people could profit from the capital intensive petrochemical alternatives that dominate our political process and economy today.

Hemp will decentralize our economic system and return wealth and control to the majority.

Hemp & marijuana both come from the same plant, cannabis sativa, which…