Clooney’s new organization, “The Sentry,” is part of The Enough Project, which is part of the Center for American Progress, which is a leading backer of “humanitarian” wars, and various other wars for that matter — and which is funded by the world’s top war profiteer, Lockheed Martin, and by number-two Boeing, among other war profiteers. 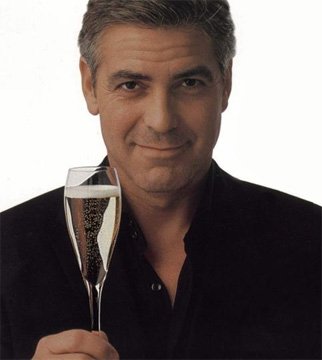 George Clooney is being paid by the world’s top two war profiteers, Lockheed-Martin and Boeing, to oppose war profiteering by Africans disloyal to the U.S. government’s agenda.

Way back yonder before World War II, war profiteering was widely frowned on in the United States. Those of us trying to bring back that attitude, and working for barely-funded peace organizations, ought to be thrilled when a wealthy celebrity like George Clooney decides to take on war profiteering, and the corporate media laps it up.

“Real leverage for peace and human rights will come when the people who benefit from war will pay a price for the damage they cause,” said Clooney — without encountering anything like the blowback Donald Trump received when he criticized John McCain.

Really, is that all it takes to give peace a chance, a celebrity? Will…

2 thoughts on “George Clooney Paid by Lockheed Martin to Oppose War Profiteering by Africans Disloyal to the U.S. Agenda”