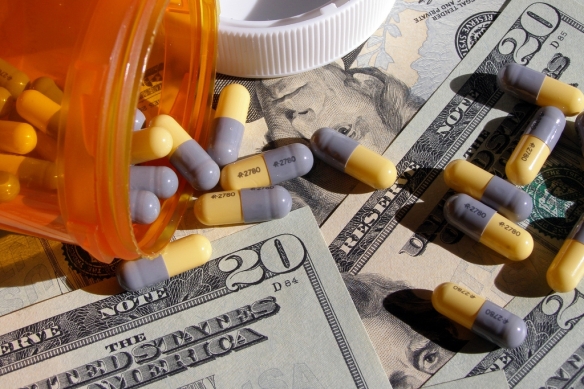 As shameless as ever, Big Pharma is aggressively medicalizing the problems of living as they pursue obscene profits. Their latest disease mongering campaign, promoting the drug Flibanserin, is aimed at women. Like cancer causing Premarin, hyped for its ability to slow aging, and Sarafem (recently linked to birth defects), hyped for its effectiveness in industry-created “premenstrual dysphoric disorder”.

Originally developed by Boehringer Ingelheim, this new drug has been acquired by Sprout Pharmaceuticals, a company launched in 2011 to develop products for female sexual health (i.e. to cash in on the $1.5 billion Viagra market). It allegedly treats “low sexual arousal disorder” in women.

Last week the Telegraph reported that two key FDA advisory committees are recommending approval of Flibanserin, also known as “pink Viagra.” Despite its nickname, Flibanserin is nothing like Viagra. While a man only takes Viagra when he wants to have sex, Flibanserin is more like an antidepressant and must be taken everyday, potentially for years.

Pink Viagra works by combining a Viagra-like chemical that stimulates blood flow to the genitals with a small dose of testosterone, which stimulates sex drive in women. According to the Guardian, early clinical trials indicate the drug is only slightly more effective than placebo. On average, women taking the drug have 0.8 more “satisfying sexual events” per month. Flibanserin also has some pretty nasty side effects, including dizziness, sleepiness, fainting, nausea, fatigue and insomnia. The other downside is that the drug’s concentration (and side effects) increase if the woman drinks alcohol, or takes birth control pills or medications for vaginal infections, migraine or depression.

The Telegraph article quotes journalist Ray Moynihan, author of Sex, Lies and Pharmaceuticals, who describes female sexual dysfunction as a clear example of “corporate-sponsored creation of a disease.” And gynecologist Dr Sandy Goldbeck-Wood, who points out that low sexual desire, especially in women, is intricately linked to a person’s life and relationships. If a woman is depressed or stressed out from looking after kids and/or aging parents on top of her double role as breadwinner and homemaker, she’s very unlikely to be interested in sex – especially if her partner is unsympathetic and unsupportive.

Writing in the Daily Mail, psychologist and sex researcher Dr Petra Boynton complains that the corporate media promotes highly unrealistic expectations of sex (lots of it with mind-blowing multiple orgasms), just as they do about women’s appearance (thin, young-looking, with perfect faces and breasts).

My Own Clinical Experience

I totally agree with Boynton and Goldbeck-Wood. When I worked with women in Seattle, low sexual desire nearly always stemmed from unresolved relationship issues. Often when women felt totally dominated and controlled by their partner, saying no in the bedroom was their only opportunity to assert themselves. Other women complained they got nothing out of sex because their partner couldn’t or wouldn’t address their sexual needs.

Population studies suggest that approximately 50% of women require direct stimulation because they don’t climax through vaginal intercourse. The scientific literature is silent on the unwillingness of men to engage in oral sex. However based on what I read in social media, I suspect it remains a significant source of conflict among couples.

Typically Big Pharma has created two Astroturf* groups, Eventhe Score and WomenDeserve. Both have accused the FDA of sexism for their reluctance to approve Flibanserin. According to the Daily Mail, EventheScore is claiming a biological lack of sexual desire negatively impacts 1 in 10 American women. This is pure corporate hype, as there is no biological marker or threshold for abnormally low desire.

My biggest concern is that FDA approval will lead to women being pressured to take a drug with potentially serious side effects – either by their partner or by the same phoney media marketing that induces them to spend millions of dollars on cosmetics, weight loss products and plastic surgery. In contemporary society, full equality and full control over their own bodies is still a long way off for most women.

* Astrotrufing is the creation of apparent public support by corporations who pay people or groups to pretend to be supportive. This false support can take the form of letters to the editor, postings on social media lobbying politicians in support of the cause.

22 thoughts on “Big Pharma At It Again: Disease Mongering for Profit”