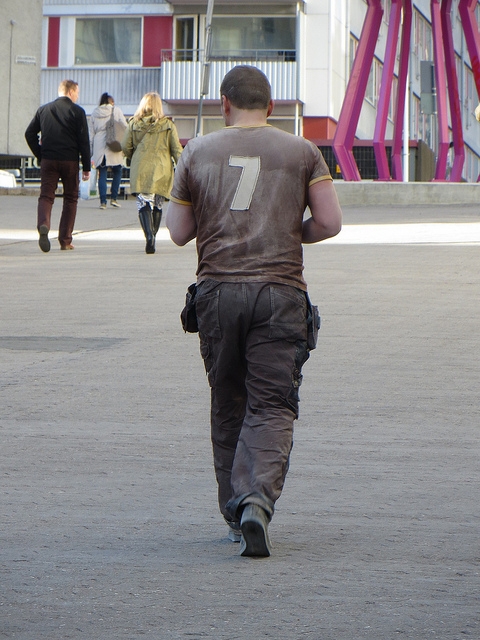 Liberals and progressives frequently bemoan the absence of blue collar workers in their meetings and protests. It’s pretty hard to organize a movement large enough to take the streets with only 20% of the population. Estimating the size of the US working class is difficult. According to the Department of Labor, roughly 60% of Americans work for an hourly wage. Approximately 2/3  of them work for less than a minimum wage worker earned in 1968. Add roughly 20% to those figures, the true proportion of Americans who are either temporarily or permanently unemployed.

Traditionally the unemployed and working poor opt out of politics, though roughly half will vote every four years during presidential election years. Those who do vote mainly choose right wing fundamentalists who enact policies (such as cutting unemployment benefits, scrapping public services, and gutting Medicare, Medicaid and Social Security) that are harmful to their economic interests,.

As Wilhelm Reich notes in his 1933 Mass Psychology of Fascism, fascism and reactionary politics have always exerted a powerful attraction for men (and some women) from authoritarian working class families. Karl Rove and the spin doctors behind Rush Limbaugh, Glen Beck and Fox News all know this and cleverly play on these sentiments. They are also masters at painting liberals and progressives as politically correct intellectuals whose main goal in life is to moralize and dictate lifestyle choices for low-income Americans.

The late Joe Bageant, author of Deer Hunting with Jesus, feels the organized left plays into the hand of right wing demagogues. Based on my own working class background, I agree. Because progressives fail to recognize the firmly entrenched US class divisions, they always end up on the wrong side of lifestyle campaigns. By jumping onto the anti-smoking, anti-obesity and anti-gun bandwagon, they only solidify their reputation as the politically correct lifestyle police.

The US Class Divide: the Real Culture War

The corporate media likes to depict the US as a profoundly polarized nation consisting of red and blue states. Red states are supposedly populated by highly religious, family-centered conservatives, and blue ones by social libertines who value community welfare over individual liberty. The concept, which total misrepresents the broad diversity of American society, is yet another example of mind-bending propaganda designed to keep us from uniting against our real enemy: the corporate state.

I agree with Bageant that the real cultural divide is between the college educated and the 80% who don’t attend college. Owing to limited social contact between these two groups, many educated Americans fail to appreciate the existence of discrete working class culture, with its own distinct values and language. Spin doctors like Karl Rove know all about working class culture. Why else would he remake George W Bush into a plain talking simpleton who refused to read books?

What many on the Left also fail to recognize is that it’s not just the police and slick ideological propaganda that keep the capitalists in power. These two forces are aided by an army of middle class “helping professionals” – teachers, lawyers, religious leaders, social workers, doctors, psychologists, etc – who play a crucial role in instructing the working class in appropriate and politically correct behavior.

This dynamic frequently gives blue collar Americans the sense that educated professionals are demeaning them – particularly when they moralize about smoking, junk food, changing lightbulbs and the evils of guns.

Can progressives and liberals win the working class back from the New Right? I believe they can, but only if they’re genuine in their desire to do so.

They will definitely need a totally new approach to organizing that prioritizes the nitty gritty hardships faced by low income Americans. People struggling with joblessness, homelessness and/or starvation wages will find it really hard to get excited about climate change and electoral reform.

Moreover, low income and unemployed activists are going to have real time survival needs that more well-off activists will be forced to address. In the 1930s, coalitions that incorporated the unemployed formed welfare committees to help fellow activists with food, clothing, child care and even temporary accommodation.

Progressives will also need to be far more sensitive to the cultural differences associated with social class. In the early feminist movement we did this by conducting meetings in fishbowls. Low income and minority women began the meeting at the inside of the fishbowl, while more affluent educated women sat in the outer circle and observed and listened.

Finally progressives need to take a hard look at their association with “lifestyle” campaigns that low income workers view as personal freedom issues. They will also need to reexamine their dogmatic stance around non-violence. Non-violent resistance is an alien concept in most working class communities. This relates in part to authoritarian family life and, particularly in minority communities, constant exposure to police violence.

6 thoughts on “Has the Left Abandoned the Working Class?”