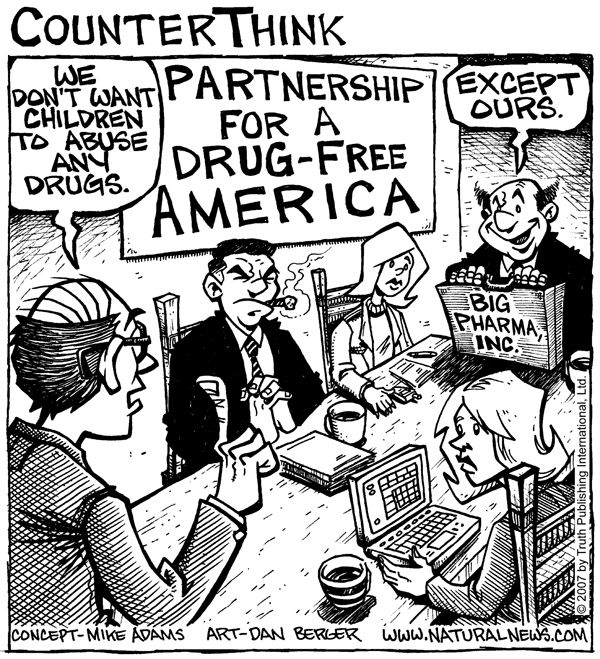 Thanks to massive marketing by Premarin manufacturer Wyeth, the concept of menopause is pretty much limited to English speaking countries.

Historically 80% of Premarin sales have occurred in the US. Even in the US, the cessation of menstruation is a non-event in 75% of women, who experience no symptoms whatsoever. Most languages and cultures have no word for menopause. It’s actually quite common for women to experience improvement in their health and well-being when they stop having periods.

There are interesting cross cultural studies of the “menopause” phenomenon. Non-western cultures typically view the cessation of monthly cycles asa milestone signaling transition to the role of community elder. The Filipino women Berger and Wenzel studied in Women, Body and Society: Cross-cultural Differences in Menopause were extremely pleased with their freedom from the inconvenience of menstruation. They saw it as an initiation into the joys of old age: better sex (estrogens suppress a woman’s sex drive, which is regulated by testosterone and oxytocin) and improved energy and mood.  Most of all they appreciated the new love and respect they enjoyed as elders.

As Berger and Wenzel’s and other cross cultural studies note, attitudes in the US and other English speaking countries are heavily influenced by a multibillion dollar PR industry that bombards women with messages glorifying youth, thinness and sexual attractiveness – and engendering frank terror of gray hair, facial wrinkles, weight gain and cellulite. Aggressive marketing preys on these insecurities to sell billions of dollars of plastic surgery, botox, wrinkle removing creams and lotions, age concealing make-up, hair coloring and diet products and programs.

As revealed in internal documents uncovered in a few of the 5000+ lawsuits filed against Wyeth, the company’s culpability goes far beyond neglecting to inform menopausal women of cancer risks. They paint a very ugly picture of an aggressive public relations campaign to convince women and their doctors that estrogen replacement was the secret to eternal youth.

It was a win-win campaign. By 1992, Premarin was the most commonly prescribed drug in the US. Thanks to decades of marketing about the horrors of aging, post menopausal women were terrified of losing their sexual attractiveness without estrogen replacement. And because health “experts” were recommending it in medical journals, doctors were more than happy to overlook growing evidence that it causes cancer.

The NIH Shuts Down the WHI

Seventy percent of American women taking estrogen replacement discontinued it when the National Institute of Health shut down the Women’s Health Initiative (WHI) study in 2002 (see Wyeth and the Multibillion Dollar Menopause Industry). A year later this had resulted in a 7% decrease in new breast cancer cases – a total of  14,000 women spared the agony of a potentially fatal breast cancer diagnosis.

The study findings have also resulted in 5000+ cancer lawsuits against Wyeth for misrepresenting earlier cancer research to doctors – and their failure to inform women of the significant cancer risks associated with HRT.

Wyeth’s response was to initiate a massive PR campaign discrediting the WHI study. They started with a letter to 500,000 doctors attacking the study, complaining that the women in the Premarin arm had other reasons for developing cancer – they were too old, too menopausal or weren’t checked for pre-existing heart disease.* This was followed by articles attacking the study in numerous medical journals. All were ghost written by the company and published under the names of doctors specializing in women’s health

Many of these doctors were affiliated with the notorious Council on Hormone Education at University of Wisconsin that Wyeth founded in response to the 2002 WHI study. In 2006 the Council was still offering a continuing medical education course promoting estrogen replacement called “Quality of Life, Menopausal Changes and Hormonal Therapy.”

Filing Suit: the Only Consumer Protection Against Big Pharma

Wyeth’s massive campaign to discredit the 2002 WHI study, at the expense of tens of thousands of women who would start or continue estrogen replacement, has clearly harmed their defense in the dozens or so of the 5000+ lawsuits that have made it through the courts.

5 thoughts on “Menopause: Made in the USA”