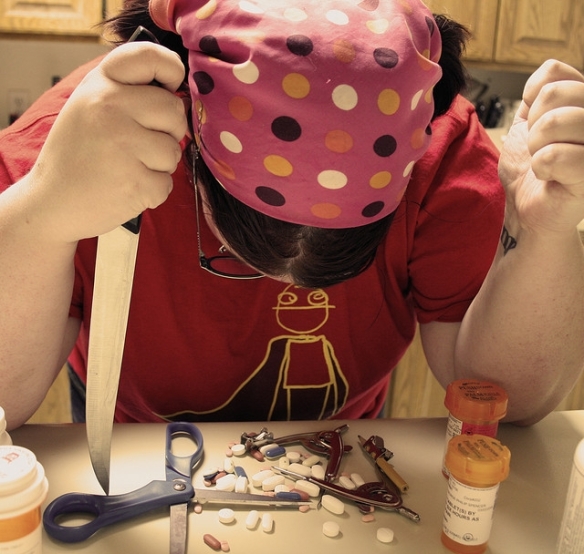 (Thanks to the corporatization of health care, Americans pay double what other countries pay for health care but have much worse health. The recent Obamacare roll-out has heightened public awareness about the role of private insurance companies in sucking billions of health dollars out of the health care system. There is far less scrutiny of the role of Big Pharma in driving up health care costs.

This is the second of several posts on “disease mongering” by pharmaceutical companies  – i.e. the invention of fictitious diseases to market drugs that supposedly treat them.)

Practicing psychiatry for eight years in New Zealand has given me a unique perspective on childhood bipolar disorder. Also known as pediatric bipolar disorder (PBD), this is a condition virtually unknown outside of the US. Australian psychiatrist Dr. Peter Parry has undertaken detailed research into this condition, and a “conspiracy” by Eli Lilly and other drug companies to promote off-label use of antipsychotic drugs to children under 12. Yet another example of “disease mongering” by Big Pharma (see link) to encance their profits.

As well as publishing numerous papers on the PBD controversy, Parry also has a Powerpoint presentation he gives at grand rounds and conferences around the world. It includes internal Lilly and Janssen memos (available from his Healthy Skepticism website) about their innovative campaign to “medicalize” children’s misbehavior.

Thanks to their aggressive marketing of PBD to US doctors and parents, American children as young as two are being started on antipsychotics for extreme anger and behavioral problems

Prescribing “off-label” refers to using medication for an indication that hasn’t been approved by the FDA. As yet no antipsychotics have been approved for use in children. Moreover, it violates federal law for drug companies to market medications to doctors or the public for “off-label” uses. Yet because the fines imposed are minuscule, compared to the massive profit potential of off-label marketing, it’s considered good business practice to pay the fine and keep on doing it anyway.

Parry’s slideshow starts with studies comparing US attitudes about BPD in the UK, Germany, New Zealand and Australia. Most foreign psychiatrists either don’t recognize pediatric bipolar disorder as a diagnosis or regard it as extremely rare. According to Parry, the discrepancy revolves mainly around an insistence (outside the US) that both children and adults manifest symptoms of true mania to be diagnosed bipolar. Over the past 10-15 years, an increasing number of industry-funded psychiatric researchers have been claiming that extreme temper outbursts, rages and rapidly changing moods are a “manic” equivalent in children.

They also claim that children with extreme mood swings will go on to develop true bipolar illness in adulthood, making early treatment essential. This despite studies showing that most kids with PBD  “outgrow” it as adults. (Although it seems more likely they never had it to begin with.)

What Parry finds particularly horrifying is that American child psychiatrists are diagnosing kids bipolar and starting them on antipsychotics without taking a developmental history to rule out the most common cause of extreme anger and behavioral problems – namely child abuse and attachment difficulties.

Putting Psychiatric Experts on the Payroll

That being said, he puts the blame for the dangerous fad of prescribing unapproved antipsychotic drugs for children squarely where it belongs: on multinational drug companies. In the US, most child psychiatrists are naturally uneasy prescribing dangerous antipsychotic medication for kids. They have to be egged on by esteemed researchers issuing stern warnings about ruining a child’s future life by “missing” a the diagnosis of bipolar disorder.

Too bad these self-proclaimed PBD experts are so careless about disclosing conflicts of interest, in the form of hundreds of thousands of dollars in of drug company research grants and consultant fees. This has only come out in subsequent lawsuits and ethical investigations.

Death and Other Dangerous Complications

15 years of FDA adverse incident reports (which typically capture only 1% of adverse drug events) directly implicates antipsychotic use in children with scores of deaths:

Antipsychotics tend to cause massive weight gain – often as much as 100 pounds – a common cause of diabetes. In addition a disfiguring neurological disorder called tardive dyskinesia that occurs in 6-9% of children who take antipsychotics. The tics and writhing movements associated with tardive dyskinesia often persist permanently, even after the medication is stopped.

Labeling a child with a mental illness, particularly if they are taking a medications that cause sedation, extreme weight gain and/or tics has an extremely detrimental effect on social relationships that are absolutely vital to normal child development.

Sedating a child who has difficulty regulating anger and extreme moods only further delays the process of learning to regulate their emotions themselves.

Below a video from a mom whose son died from antipsychotic complications:

photo credit: me and the sysop via photopin cc